This is the documentation and blog for the Thwack Timing Gate, a low-cost, open-source, wireless timing system for alpine skiing.

You can learn more about us and our story below, read the blog, see the devices coolest features, or just skip straight to the technical stuff with the links on the left.

Have inquires, well-wishes, or just existential musings? Send them our way at Thwack.TimingSystems@gmail.com

A demonstration of the Thwack Timing Gate as we have it working so far.

Paul Biberstein is a senior at Freeport High School. When not on snow, he enjoys running cross country, programming, and making music. He started ski racing as a freshmen and has raced every year since.

Jacob Selian is a senior at Freeport High School. While he’s a fan of skiing, he also enjoys the summer months when he can go sailing, his other favorite sport. When not being an engineer, he enjoys history and cars.

This website hosts the work of two students at Freeport High School—Paul Biberstein and Jacob Selian—as they design and construct the Thwack Timing Gate, a low-cost, open-source, wireless timing system for alpine skiing.

What is the Thwack Timing Gate exactly? Well, the idea started back in the winter of 2018. The two high school students, both avid members of Freeport High School’s alpine ski race team, found themselves training late into the night at Lost Valley ski mountain. Nocturnal practices were required, as the few days of the week the team could secure a bus to make the 40 minute journey to the mountain needed to be maximized. So they would spend hours on the mountain, racing through a ragtag set of 20 or so slalom gates, then go back up the lift and do it again. 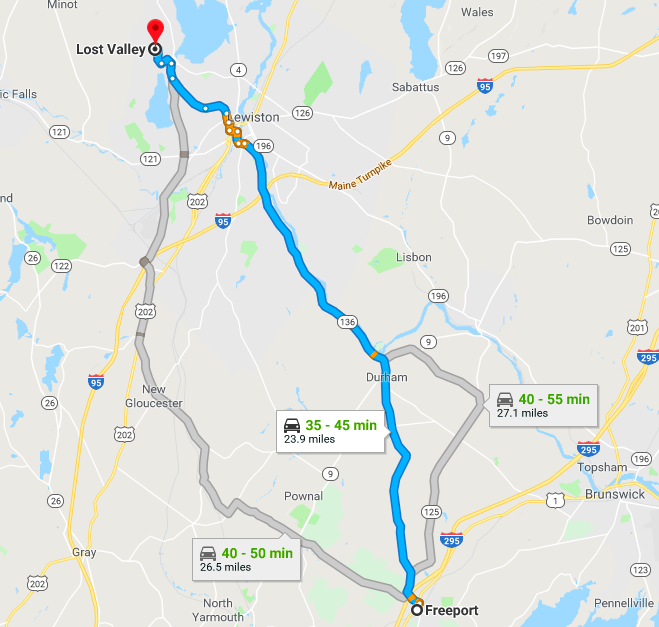 The arduous journey from Freeport to Lost Valley

Somewhere along the way, an idea came into being. If our opportunities to train are so few and far between, why not make the most of the times when we can train? Specifically, why don’t we time our runs down the practice course so we can see which techniques improve our time and which ones make us slower.

Surely a brilliant idea, but the logistical problems of watch and phone stopwatches mounted up and the duo soon realized that this was no small task. In fact, many larger corporations make just such consumer grade wireless timing systems. However, these kits cost somewhere in the range of a few thousand dollars or more—outside the ski team’s budget.

The boys were convinced they could do it for less and were further encouraged as time progressed by the potential market for the system. Other team’s coaches expressed interest, and as the track and field season began it became clear that a similar timing system would be indispensable to dedicated sprinters as well as skiers.

So, as many enterprising entrepreneurs had done before them, they set out with the noble cause of making a low-cost product in a stagnant industry. Further, they decided to keep a blog along the way and open source any and all designs and code they came up with, to hopefully help future engineers understand the more esoteric parts of microcontrollers, programming, and CAD.

As any seasoned racer will know, a properly deflected slalom gate makes a very distinctive and satisfying noise as it is punched out of your way. The onomatopoeia for that noise is best described as “Thwack.” What better feeling is there than a good thwack of a slalom gate. So, we decided it would make a good name for our project as well.

Made it This Far?

Good for you! That was certainly a lot of words. As a reward, here’s a cool snow related video that we enjoy. And if you’re looking for something more ski related, here’s the coolest ski video of 2018 (probably) (ok maybe not, but it’s still cool).

Got a cool ski video? Send it to us and we’ll put it here.